His family is dead. Cursed by a lich. Destroyed by sickness and misfortune. Now buried in the Graven-Tosk cemetery like all the others.

It’s a simple agreement: You retrieve the artifact. Aalgut exacts his revenge, and breaks the curse.

After that, the unbounded power of the Killing Crown is yours.

Delve beneath the Tainted Chapel

Created for Random Adventure Jam, this is a toad and mushroom filled adventure.  Hunt down the Killing Crown, rumored to be a profane relic that can grant wishes and strike down any foe.

Part of the Psalm Series

Take your players through the entire series, creating a campaign within the MÖRK BORG world:

Ready to use as a MÖRK BORG adventure, and easily adaptable to other OSR RPG systems.

Note that the MÖRK BORG tabletop roleplaying system rules are not included in this adventure. You can purchase them either in print or as PDF separately. You can also download rules references and character sheets for free.

Text from the Nameless Scriptures used with permission.

Hammer of a Killing Crown is an independent production by Exeunt Press and is not affiliated with Ockult Örtmästare Games or Stockholm Kartell. It is published under the MÖRK BORG Third Party License.

“Strong and consistent theme and symbolism. Clear mechanics… Aesthetics complement the readability. A breeze to read and reference.”

Please make sure everyone feels safe and is having fun.

In order to download this adventure you must purchase it at or above the minimum price of $7.99 USD. You will get access to the following files:

Support this adventure at or above a special price point to receive something exclusive.

Claim a free copy of Hammer of the Killing Crown if you aren't sure you can afford it. No questions asked. 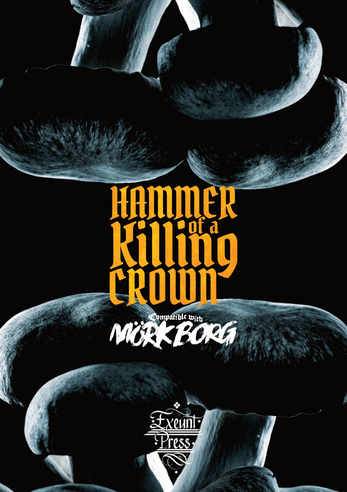 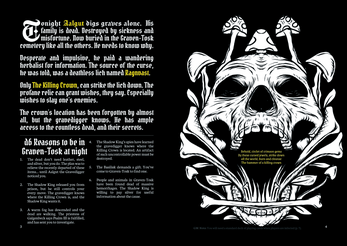 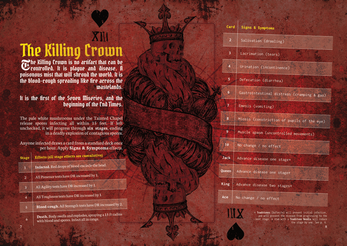 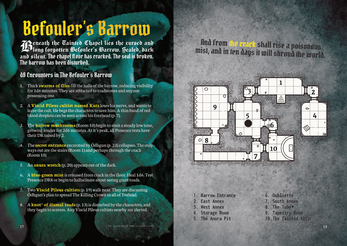 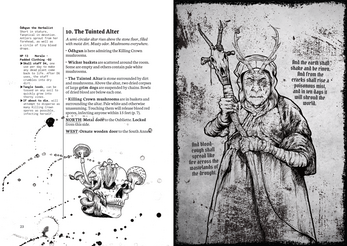 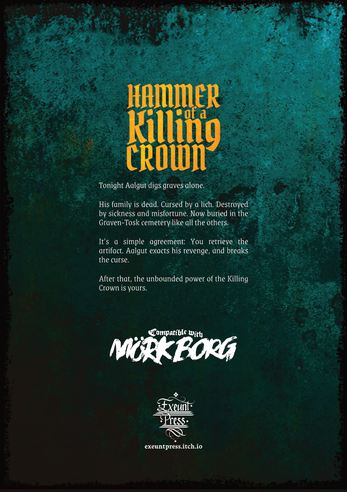